I never saw it coming. The process started with a small, but painful sensation right in the middle of my right butt-cheek. A very annoying problem because I am a writer squirming around as I try to fill up empty screens with words.

At first, I downplayed it as just some stupid little irritation that would go away as soon as it came. Being a diabetic for about 25 years now I am prone to inflammations and infections. This was just another in a long succession of intermittent, annoying, health problems.

At the onset, the thought never occurred that it might be an infection. I had not had any accident, no cuts, abrasions or scrapes so that did not pop up as the culprit. That is until it persisted and grew into an open sore. The pain level also rose dramatically.

I went to the doctor. He did not think it was serious. He wrote a prescription for a mild antibiotic and a cream. I left the office confident that the problem was in hand. Back home I took a pill, applied the cream and applied a bandage.

By that point sitting at my computer and performing my daily writing ritual was growing into a serious challenge. The pain was so intense that I had to force myself not to move at all. That worked for a while. I took the full antibiotic course and got into the habit of cleaning and dressing the open wound three times a day.

The process began last November. As I came to the end of the bottle of pills I was hit by a wave of disappointment and confusion. I had to face the fact that the infection had gotten worse, not better. Had the doctor misdiagnosed it? Had he given me the wrong antibiotic? Worse, did I have some rare new infection?

I went back to his office in a far more worried state than I was during my first visit. He admitted he was puzzled but brushed that aside. I got a new prescription for a stronger antibiotic that was going to require four consecutive injections.

Once again I returned home feeling a bit numb but optimistic that this stronger injectible antibiotic would do the trick. I got the injections and waited for the medication to build up in my system and wipe out the infection. I waited and waited. The situation did not get better it got even worse.

By then I could not sit and also had a hard time walking. The pain was constant even when I was trying to write while lying down. This time when I returned to the doctor’s office he told me to go to the emergency room. He would not try another antibiotic. In fact, he seemed at a loss.

Instead, I went to a clinic. The doctor there did prescribe another antibiotic, took a culture for the lab and had nurses scrub the wound. It just kept growing as if the antibiotic cream was a placebo and the injections had been nothing but water.

At that point, I had added symptoms including chronic fatigue and the first signs of depression. These two are features of a diabetic’s life and I knew what they were as soon as they arose. My immune system was beaten down and using whatever energy it could get from whatever source was available.

I did not get my hopes up during the third two-week course of the latest antibiotic. In fact, I was on pins and needles the whole time. When I finished I was not surprised that it too had failed at its job. Still, it never occurred to me that I might be antibiotic resistant.

By that point, I began to consider the possibility that my 71-year old body was running out of gas. My energy level was so low, and pain level so high that I could not write. I could only walk the short distance to the corner store to ship and my mood was buried in the pits.

When I returned to the doctor’s office he did not seem too surprised by the fact his prescription had failed. He put the lab report up on the lightbox and pointed to it. “I am afraid the results show you are resistant to every type of antibiotic we have.”

I simply could not wrap my mind around his statement. I had never thought that I had overused antibiotics to the point my immune system built up a total tolerance. Then again, nobody ever tells you where that line is.

In fact, I had taken at least one course each of the 3 previous years to cure sinus infections. I left the office completely confused and with no idea of what to do next. The doctor suggested that I schedule an operation to remove the infected area. My thought was that hospitals are great places to contract infections. I was not eager to take that option especially when it would mean I could not sit at the computer and work for a much longer period of time.

Believe it or not, that whole process went on for four months and I still had the infection. I decided to tough it out and see if my body would mobilize and get rid of it. Then I had an impulse to try one more doctor, a female who I had seen before and was impressed by.

She gave me a spray that the other doctors never mentioned, Microdacyn. This spray is a biologically active treatment for the treatment of acute and chronic wounds that are difficult to heal. I applied and applied it every day and started seeing improvement much to my relief.

My status now is guarded and uncertain. I do now I cannot afford one more sinus infection. I did discover one effective treatment, Phage Therapy. However, that is only available in Eastern Europe. I advise a very conservative approach when it comes to taking antibiotics, only do so when it is truly necessary… 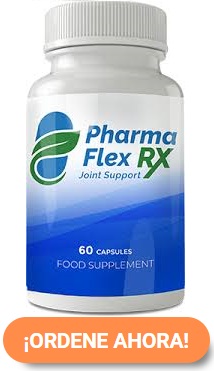